– The Buddhist teaching on emptiness offers radical perspective that breaks through the chains that bind us, the concepts and assumptions that obscure our perception. But emptying out misconceptions about emptiness requires a journey through the wide wonderful world of Buddhist philosophy.

Early Buddhism centered around the radical idea that at the core of the person there is no fixed, eternal self. In a time and place where the culture orbited around the believe that atman – a true self was the answer to the spiritual journey, the Buddha’s teaching suggested that clinging to fixed concepts of self is actually the driving force behind dissatisfaction.

Instead, the world as we know it is entirely relational, made up of interrelated parts. No person exists apart from all the factors that have made up that person, including the components of the individual, the input from others, and the dependance on others to live and thrive. We are all made up of each other in a network of interdependence. We are made up of a matrix of causes, conditions. Even our thoughts did not originate from an independent space, they arise from a culture, dependent on a language and learned patterns. Recognizing this interrelatedness is a key to the wakefulness, knowledge and love that is possible.

From the perspective of the great perfection teachings of Buddhism, discovering our “true self,” could be supplanted by the more present moment goal of finding our “true state,” our a way of being that is not constructed or contrived, but is naturally present. Instead of looking for “true self,” we could look for the “natural state.”

As Mahayana Buddhism spread, the emphasis on the doctrine of no-self was expanded, extended to all phenomena. This view points that there is no fixed and intrinsic reality underlying anything. In other words, reality as we know it is interdependently arising and thus everything is empty of any inherent independent existence.

Wakeful presence in real reality is what Buddhism aims for. So for this goal, Buddhism offers practices and perspectives for  encountering reality with greater clarity, without barriers of concepts, conditions and assumptions standing in the way.

A potent way this clear perception was accomplished is through what is known as Madhayamaka – the middle way teachings most famously taught by the Indian pandit, Nagarjuna. Madhayamaka provides a way of looking at ourselves and reality that deconstructs all our fixed ideas. It suggests that no concept is thoroughly complete, it always falls short. This especially includes our dualistic frameworks such as ideas of good and bad, pure and impure, self and non-self. Ultimately reality itself defies dualistic concepts. If concepts are the primary way we engage with reality, then this is bound to be dissatisfying, because its not reality itself. It is like trying to eat a drawing of a chocolate cake. Concepts represent the reality but they are not the reality itself. They are just conventional designations that function practically to point towards something experiential. Thus Buddhism offers methods for more direct experience – engaging with reality in way that doesn’t need to negate thinking but emphasizes modalities for operating present moment wakeful experience, rather than fixed identities and rigid concepts.

Madhyamaka suggests that our dissatisfaction, suffering and confusion comes from believing that reality is more solid and definite than it really is. It points out how we impute onto reality qualities that are not intrinsic to it so we fail to see how much more open-ended, impermanent and dynamic things are. This the great teaching known in english as “emptiness,” (Tib. སྟོན་པ་ཉིད་ ston pa nyid).

Even though the doctrine of emptiness can seem abstract, practically speaking it has positive implications for every day experience. Even though we experience our obstacles and neurotic mind states as solid, definite and somewhat inevitable, they don’t actually have that quality. Our own habit of perceiving things as solid is what causes a patterned, predictable, solid experience. In actuality, ultimately the web of concepts that bind us to conditioned scripts is made up of something quite tentative, quite empty.

This view a cure for all fixed concepts.

Thinking of emptiness is a way of continuously unravelling fixed preconceptions. While this could be disorienting, it also has another effect. Buddhist views are not just questions of ontology – the question of what is reality – what is not reality. Instead the teachings themselves are evocative of particular experiences. What is the result of dismantling our concepts? We are left with a heightened sense of  non-conceptual presence. It could be seen as states of meditation evoked through Buddhist philosophy – when concepts are used to dismantle concepts, what modes of experience does that leave us with?

This became an important nuance of interpretation for Buddhist philosophers. Shunyata, the paradigm of emptiness, indicates that reality is empty, but what does this really mean? We can see various approaches to understanding this in the various Buddhist vehicles and lineages.

However to say reality is empty is not to say that things are void, devoid or absent. This was emphasized by philosophers, Buddhist Yogis such as Longchenpa and the Nyingma lineage’s great perfection teachings. Understanding that reality is permeated by emptiness could lead to reifying emptiness. This is what Dakpo Tashi Namgyal, in his work on Mahamudra, word refer to as “clinging to emptiness,” (1)  a way of getting stuck on emptiness as an intellectual concept. Eventually, as meditative understanding matures, he says that both emptiness and non-emptiness are unified in the experience of the expanse of reality. (1)  The take home message is this – if there is clinging to emptiness this can lead to one the four extremes known as nihilism. That would be the idea that underlying everything is nothing, that nothing exists. It in its least extreme manifestation it is a way of talking about reality in terms of what it is not. Or in its most extreme interpretation it is a way of talking about reality as being completely illusory. However various schools of Buddhist thought (especialy Nyingma, Dzogchen and Kagyu Mahamudra teachings and general Buddha-nature discourse) took another approach to talking about reality, using positive terms, pointing to what it is and highlighted the importance of not reifying emptiness. This perspective makes way for the Buddha-nature teachings – in early times these ideas were found in Yogacara and became a foundation for great perfection teachings. In order for those ideas to be understood, an insight of emptiness itself has to arise – if everything is empty, then one would need to be careful not to make emptiness a thing itself.

In order words, in this perspective says emptiness is also empty.

In that case, learning the Buddhist paradigm of emptiness and sorting out its meanings becomes a jumping off point for uncluttering experience and it ultimately leads beyond itself.

One way of understanding this is through the Tibetan Madhyamaka philosophy known as other emptiness vs emptiness of itself, the “zhentong” and “rang tong” teachings (Tib. གཞན་སྟོང་དང་རང་སྟོང་ gzhan stong and rang stong). “Other emptiness” suggests that we understand what we are as being empty of everything else, empty of everything false,  empty of anything other than its natural luminosity. Empty yet not “nothing,” instead the buddha-nature presence takes place as underlying reality. This can be contrasted with the “emptiness of itself,” perspective advocated by what is known as the Prasangika Madhyamaka paradigm – that reality is empty – period. In this case that is a matter of saying what reality is not, without articulating what it is. It is deconstructive.

Another way of understanding this concept of emptiness is through the lens of Dzogchen, the great perfection which posits that reality’s emptiness is not separate from gnosis, the knowing wakeful fresh presence. Being takes place. It is empty, yet it appears and manifests. These two qualities are not contradictory. Instead it is a matter of co-emergence of emptiness, presence and appearances. Emptiness is not seen as absolute but instead a facet of the illusory like nature of apparent phenomena. Emptiness is a proccess, a kind unfolding dismantling of constructed realities, but the focus turns to the presence that those realities obscured. In some sense it is emptying out the fixation on anything but that presence itself.

“The methods of fathoming the freedom from extremes and the like, according to the traditions of this Natural Great Perfection are generally similar to the Prasangika Madhyamaka. However in the Madhyamaka, emptiness is calculated to be an emptiness like space and is made the basis. Here, the mere constancy of gnosis, ever-pure, naked, all-penetrating and unaccomplished is made the basis. The phenomenon that arise from the sphere of such a basis are apprehended free from extremes, like space.”
– Longchenpa Lungi Terdzo – quoted in Van Schaik (2).

Why does this matter? The paradigm of “emptiness,” a Buddhist method for dismantling our assumptions about reality. It is a shift towards a focus on experience and the desolidifying of  intellectual constructs and assumptions.

Since our obstacles are held together by the unconscious assumptions generated from the matrix of concepts that obscure our true nature – understanding the idea of “emptiness” is a basis for emptying out our greatest obstacles. This goes beyond just identifying problematic concepts themselves, but instead is a matter of seeing that our reliance on concepts as permanent, definitive and total indicators distorts reality.

However ultimately, what paradigm of emptiness does is  – make room – it makes room for experience of presence, wakefulness. By dismantling rigid concepts, it makes room for another mode of experience, the awareness of the presence of gnosis that is the natural state. 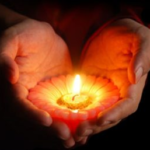 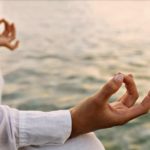